So giftmas this year involved a bunch of 15mm Scifi figures, a Platoon and extras from GZG of their new sculpt NSL troops.  I also got a platoon and extras from the Ion Age range from Alternative Armies as well.  The first batch of GZG stuff I wasn't sure what colour scheme to go with so I did 4 of them up in the colour schemes of the Mercenaries from Mass Effect Universe. 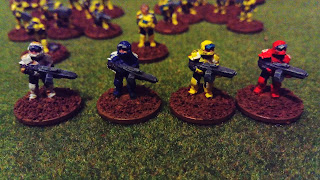 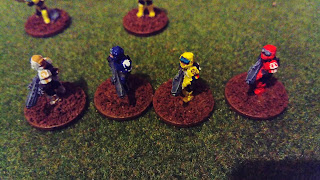 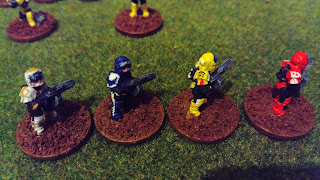 I settled for Eclipse for the GZG troops and I'll do the Ion Age stuff as a modified Blood Pack. And here's the first couple of squads done. Basing as always will be done at some point in the future once everything is finished off. 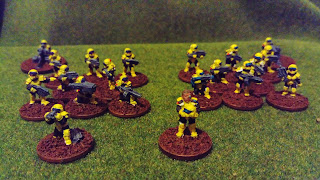