First off the Tuetonics as they appeared in the tournament (Well almost, minus the javelin skirmishers and in with my proxy bowmen instead. and my unfinished unit of knights back left) as I may have said still some basing and highlights to get done to finish them off to satisfaction. 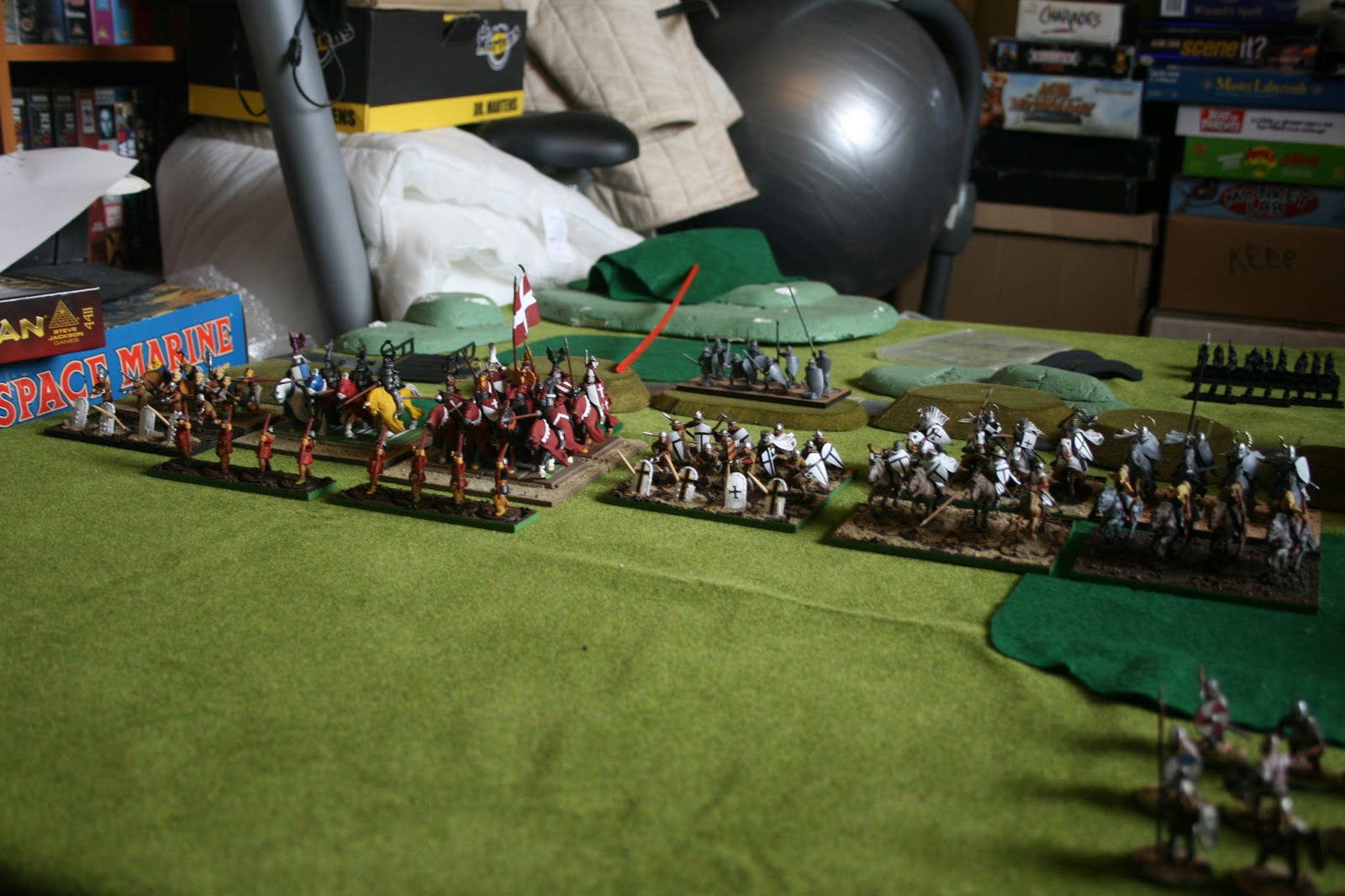 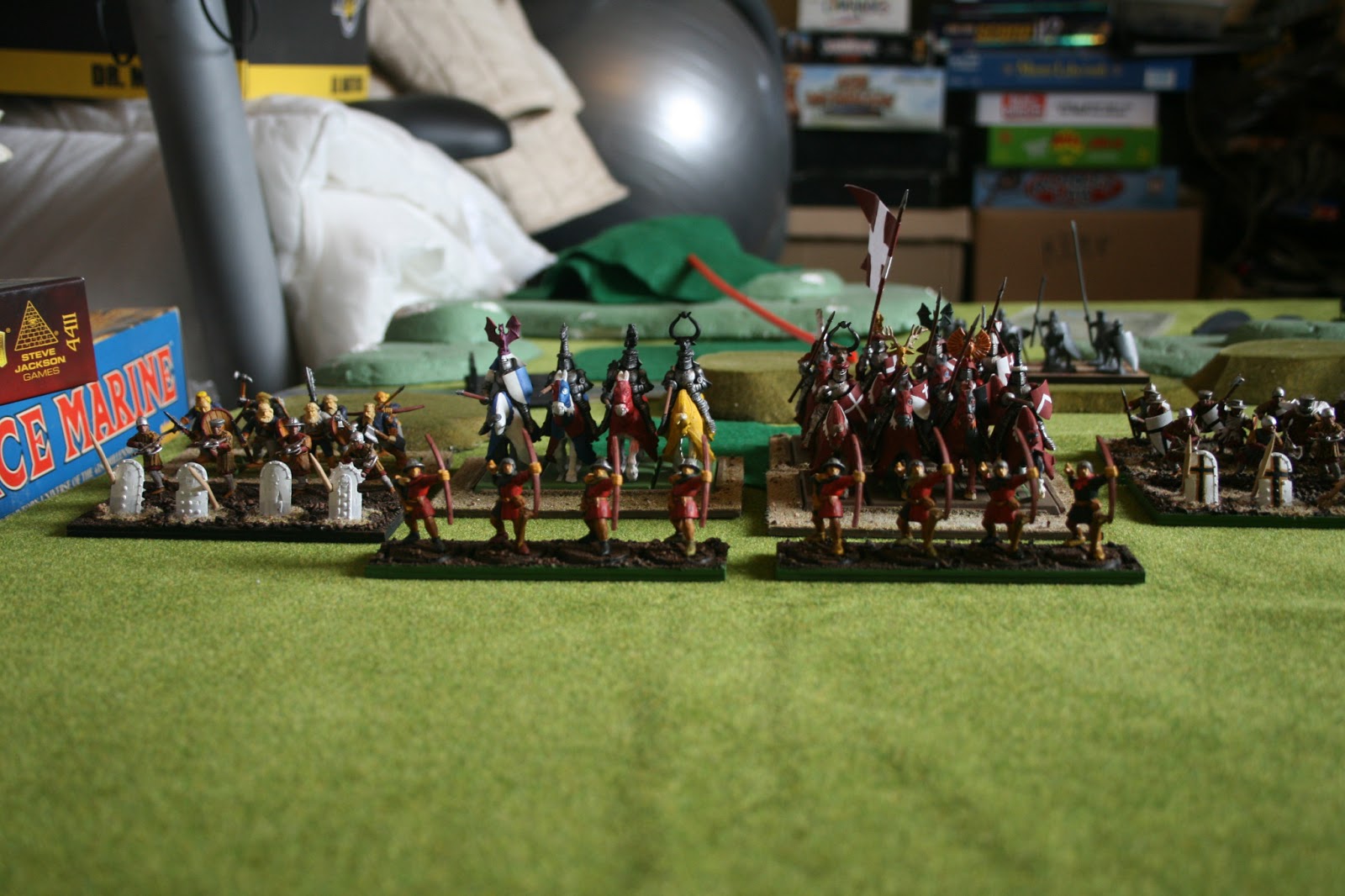 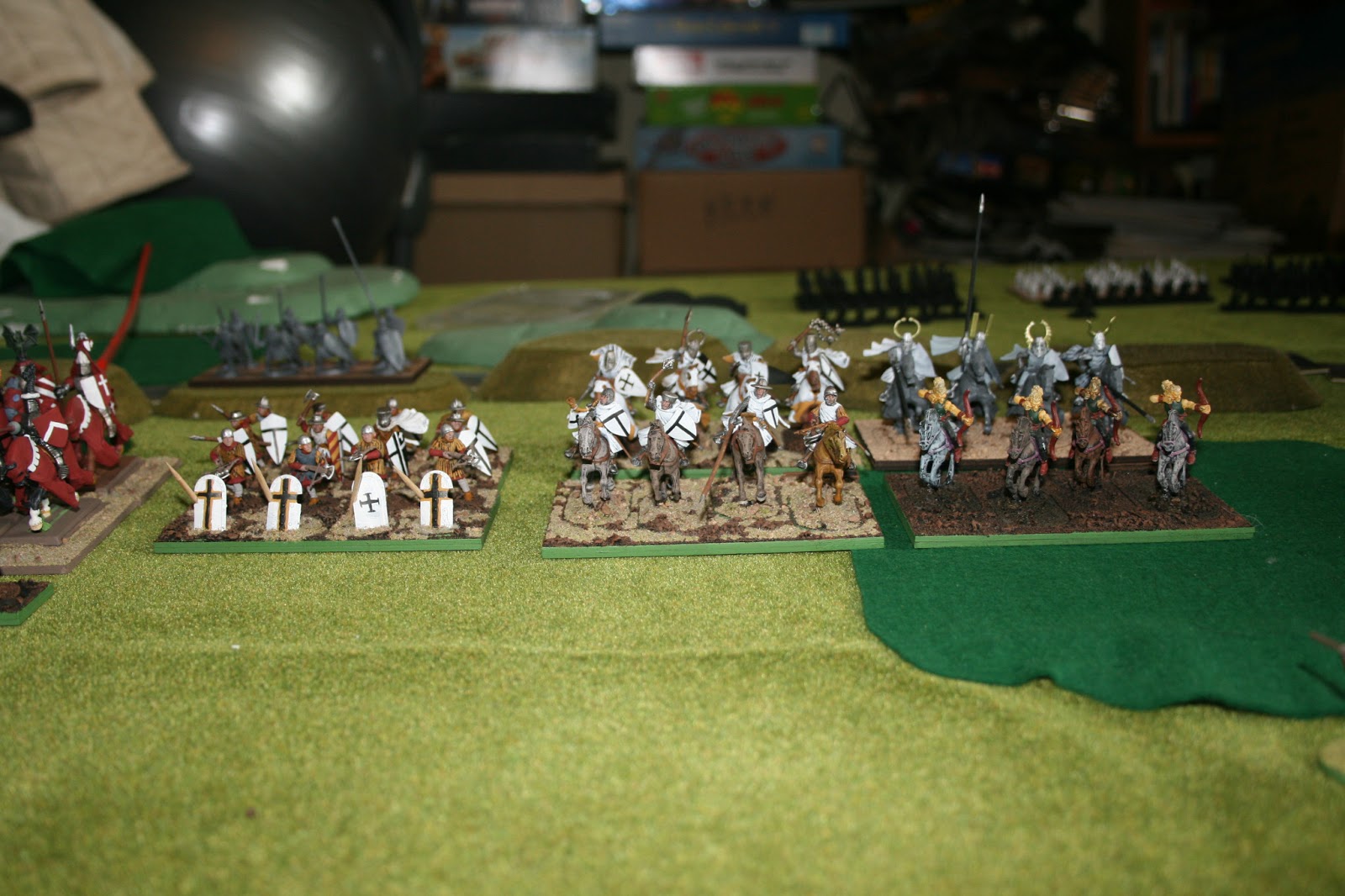 And finally my vikings as they are at the moment, just because they were sitting out on the table at the time. 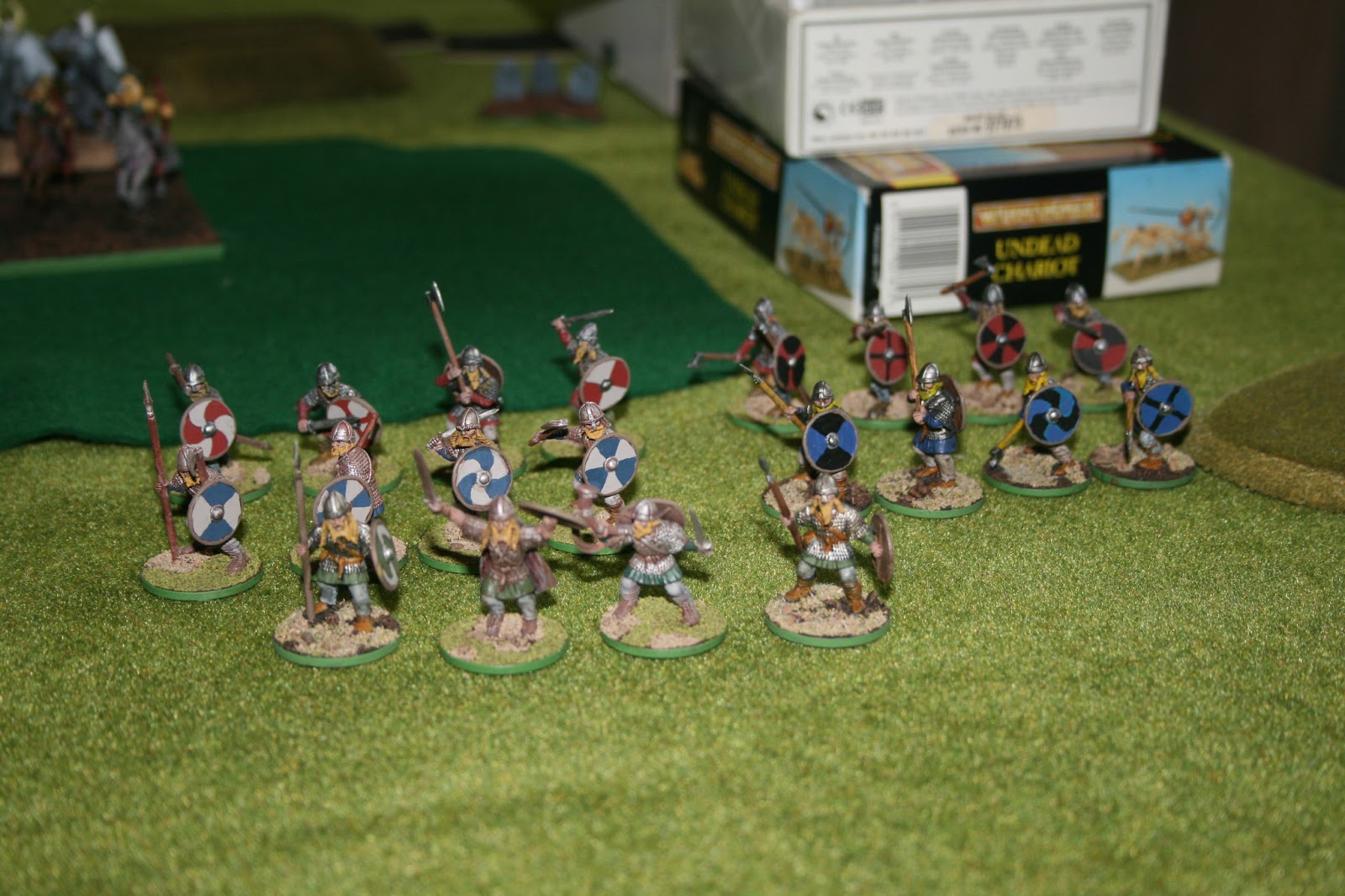 Posted by Genom at 01:40 No comments: Links to this post

As was mentioned at Mondays game, been a bit since I last updated. I'd been busy trying to get my Impetus army ready for the tournament so it was all hands to the pumps for that one. In the end with the exception of 1 unit of Teutonics which I couldn't finish because of a lack of spray paint, Hobbycraft didn't have any black and GW with it's really stupid opening times meant I couldn't get any so I ended up borrowing a stand of knights from Dax as well as the javelin skirmishers to replace my proxied bowmen. (I want to pick up the GBP dark age box to get javelins etc and they'll provide all the unarmoured for my Viking stuff as well)

Either way, with only highlights (I stopped after base coat and wash) and basing to finish off completely here's my Teutonics for Impetus.

Or at least it would be if I could figure out how to put pictures up, I can't find a browse option, I think I need to upload everything to google docs and then select them from there? Any ideas anyone?

In other projects a good portion of the 10mm Saracens are now based and undercoated, mostly infantry and a 2 units of camels, need to get some Cavalry from Old Glory before that lot can get based up.

Finished off some of my command and misc units for BKC, FAO's etc. Pic's to follow at a later date (See above).

Just finished converting one of my Novices for the Mordheim Campaign I'm playing in at the club, just adding an extra hammer seeing as she found some talent from somewhere, it probably should have been as a seamstress or something, but that's maybe how the sisters pulled the Elf Ranger in to help them out in the wilderness so far away form their monastery.

Will try and get a picture of the warband put together at somepoint as well. I'm thinking as a little project to try and figure out the settings I need on the wife's SLR that I should over the coming months, dig out and photograph all my armies etc. Though it does sound like an awful lot of work it could case some fruitless inspiration of "Oooh, I want to try playing that game again" But it'll also serve as a chance to sort through some of the crap I have sitting in boxes that I'll never use, like the 6mm ancients and moderns, and the 28mm ECW stuff I have.(Which I think may actually be lead)
Posted by Genom at 01:27 No comments: Links to this post