Well after finally playing in their first game of Warmaster I made a big push to get the remaining Brigade of my Mongol army finished and that's finally everything, painted, inked and flocked. 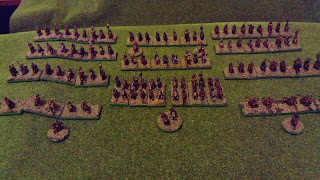 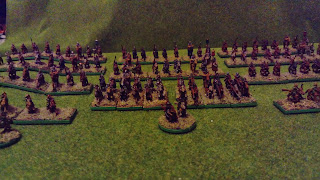 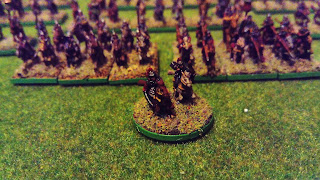 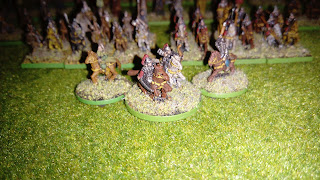 And a shot of them in action before I got them all finished off. The Skirmish rules in Warmaster Ancients are a bit of a pain to get your head round but using them a couple of times it made a lot more sense.  I think it could get very frustrating very quickly for the opponent but Ric said it wasn't too bad once he'd figured out how to combat the evasions. 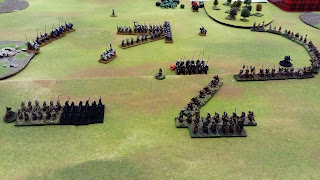 Or at least that's them as finished as they need to be right now. I'm sure there will be more joining the ranks eventually, get them brought up to a 2,000 pt army but this was fine for an evenings game.
Posted by Genom at 13:51 No comments: