More B&B it's taken a while to get these done. Long Covid really sucks, energy and focus levels just haven't been there to keep concentration long enough. Either way from the last kickstarter, here are some Witchhunters. 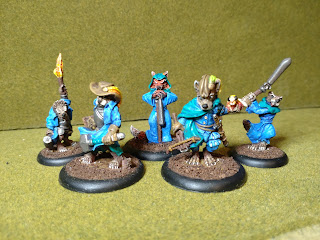 I have no idea what will get done next, I've still got a bunch of Midlam wizards on the desk that have been there for months, same as the next Pikemans Lament unit, but I have some 6mm Epic vehicles to do as well and they're fairly easy so it might be them. 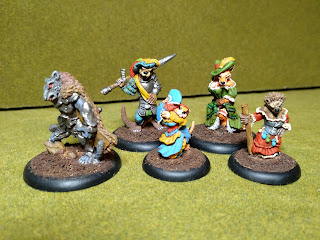 The latest batch, some of the extra's I got the last time. Still got the rest of the last kickstarter to go so cracking on with that and some more 10mm Pikemans Lament.

So a while ago I backed a kickstarter from Heresylabs, they were doing warband deals and I picked up the Amberian Dawn, basically Kislevites for Mordheim in any other name. It took a bit to get round to doing them but here they are. 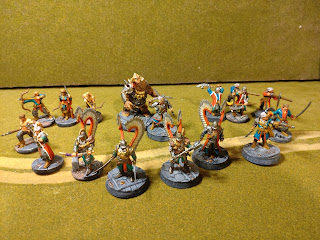 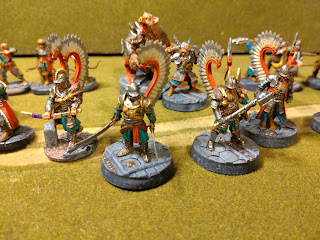 The Hussars, like most of their warbands, there's realistically too many heroes for something like Mordheim, (and in way too heavy armour for Mordheim) 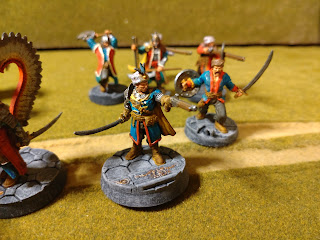 One of the lighter armed heroes and a youngblood. 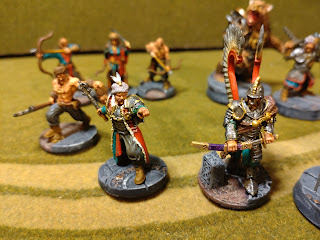 The other lighter armed hero and a blurry youngblood behind and left. 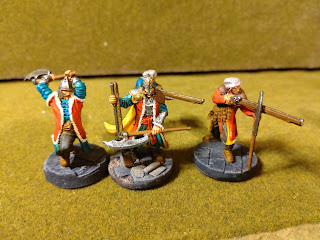 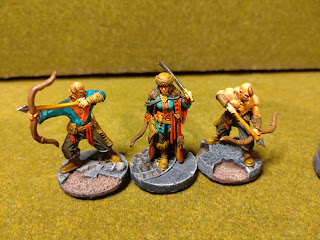 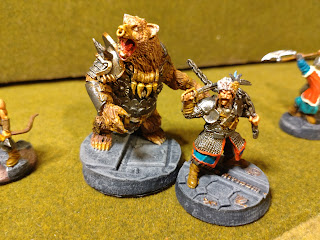 Bear tamer and Wojtek the bear. If you don't know about Wojtek the soldier bear, google it.  He was adopted by the poles during WW2, he took part at Mount cassino in Italy I think and retired to Edinburgh Zoo when the Polish he was with came back to Scotland.

The mantra, I will get them finished and photographed by the end of the year! 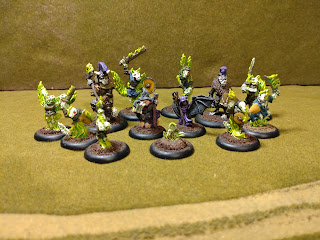 So Presenting the Dark from the last kickstarter, (The Dark, The Devout and the Heroic) These were the easiest to paint, though just took a while due to all of the waiting on all of the full miniature bits drying. 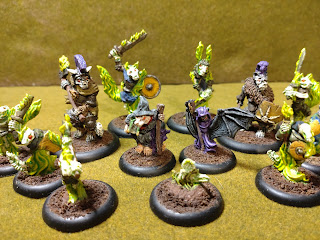 This lovely little band of mist ghasts and revenants is led by the dastardly albino ratnomancer and his dark assistant. We've not tried the rules out for them yet in our games of Burrows and Badgers as we've started onto the Warren Percy Affair so it'll be a while before that happens.

Next on the desk is the start of my Amberian Hussars, otherwise known as a Kislevite Warband for Mordheim from Heresylabs. Once I've got a bit of space cleared I'll probably add a couple of random mini's from the pile in for some variety.

Another catching up post almost, finished these a few days ago. Given it's 10mm I'm not zooming right in to see all of the issues. Well gone are my days of painting chapter badges onto 6mm Marines. 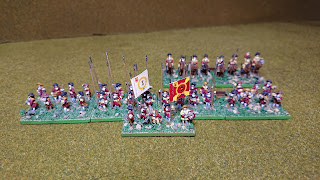 These are for Pikeman's Lament, two bases with a dice space to mark through casualties, full/half strength etc. This approximately 12 points so half an army for the rules, another 3 sets of these and I'm good for 2 forces.

Some Recce for the NSL

Got some Team Yankee Lynx Recon vehicles on sale a while back to use for my 15mm NSL platoon. 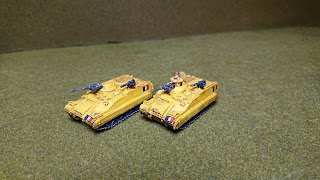 Just need to keep an eye out for some tracked/wheeled APC's to finish off the full platoon, I'm thinking BMP, BRDM or maybe just some M113 types if I spot them cheap as still don't have rules to play them with.

Anyone else remember SLA industries when it first came out as an RPG? Found out that they made a miniature game to go alongside it. Unfortunately found out about it round about the time they decided to  discontinue miniature manufacture. 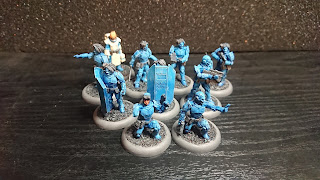 So I ended up getting some Shivers and Carrion from their end of line sale. Here are the Shivers, they took an age to get done but they're finished now.  I've got a bunch of other miscellaneous stuff waiting to be finished, 15mm recce tanks and electric fences. Some 10mm Command Stands for BKC and a bunch of Burrows and Badgers and TYW started.